(b) What is meant by a package ? Name any two java Application Programming Interface packages. [2]

(c) Name the primitive data type in Java that is :
(i) a 64-bit integer and is used when you need a range of values wider than those provided by int.
(ii) a single 16-bit Unicode character whose default value is ‘\u0000’. [2]

(d) State one difference between the floating point literals float and double. [2]

(b) A package in java is a mechanism for organizing java classes into namespaces similar to the modules of modula. Java packages allow classes in the same package to access each other’s package-access members.
Two Java application programming interface packages are java.lang and java.io.

(c) Give two differences between the switch statement and the If-else statement. [2]

(d) An infinite loop can be created by skipping the condition. This provides infinite statements to be executed again and again.
An infinite loop statement :
int i;
for (i = 1; ; i++)
{
System.out.println(“This is an end loop”).
}

(c) What are the final values stored in variable x and y below ?

(h) Study the method and answer the given questions.

(b) The output is as follows:
greinds
WHEAT

Attempt any four questions from this Section.
The answers in this Section should consist of the Programs in either Blue J environment or any program environment with Java as the base.
Each program should be written using Variable descriptions/Mnemonic Codes so that the logic of the program is clearly depicted.
Flow-Charts and Algorithms are not required.

(i) movieMagic() Default constructor to initialize numeric data members to 0 and String data member to “ ”.
(ii) void accept() To input and store year, title and rating.
(iii) void display() To display the title of a movie and a message based on the rating as per the table below.

Write a main method to create an object of the class and call the above member methods. [15] 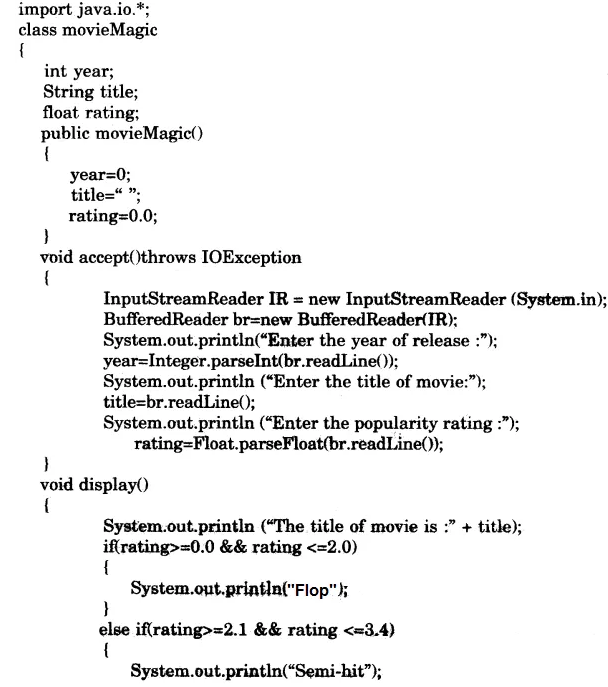 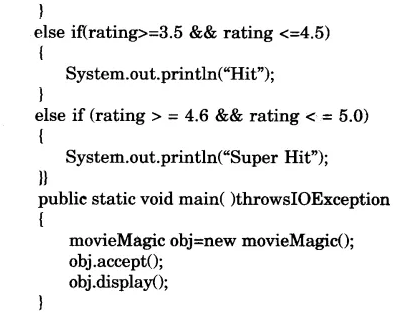 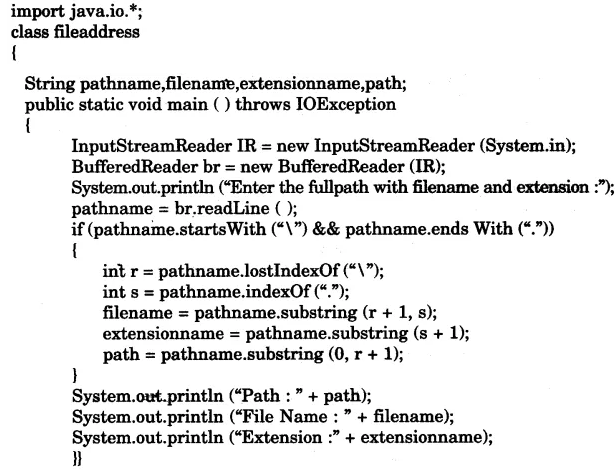 Design a class to overload a function area( ) as follows:
(i) double area (double a, double b, double c) with three double arguments, returns the area of a scalene triangle using the formula:

(ii) double area (int a, int b, int height) with three integer arguments, returns the area of a trapezium using the formula:
area = 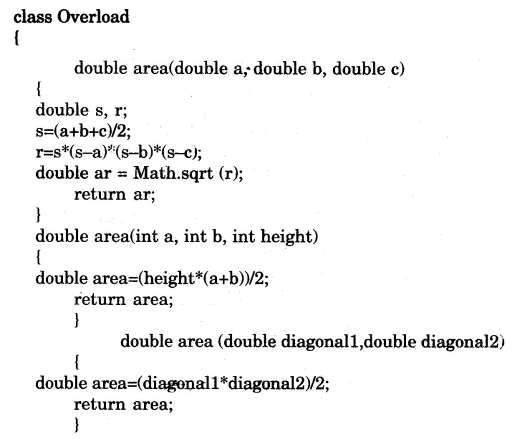 Using the switch statement, write a menu driven program to calculate the maturity amount of a Bank Deposit.
The user is given the following options :
(i) Term Deposit
(ii) Recurring Deposit
For option (i) accept principal (P), rate of interest(r) and time period m years(n). Calculate and output the maturity amount (A) receivable using the formula

For an incorrect option, an appropriate error message should be displayed.  [15] 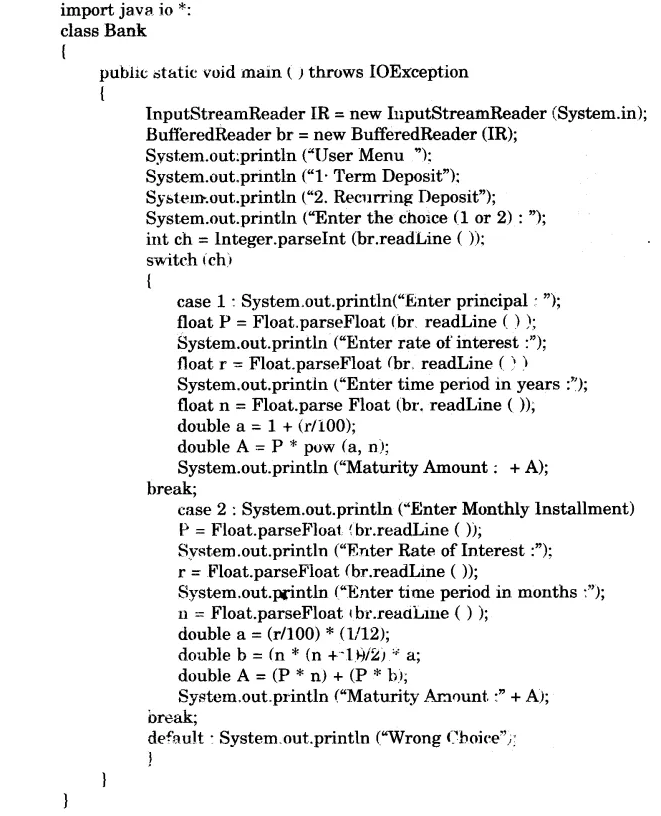 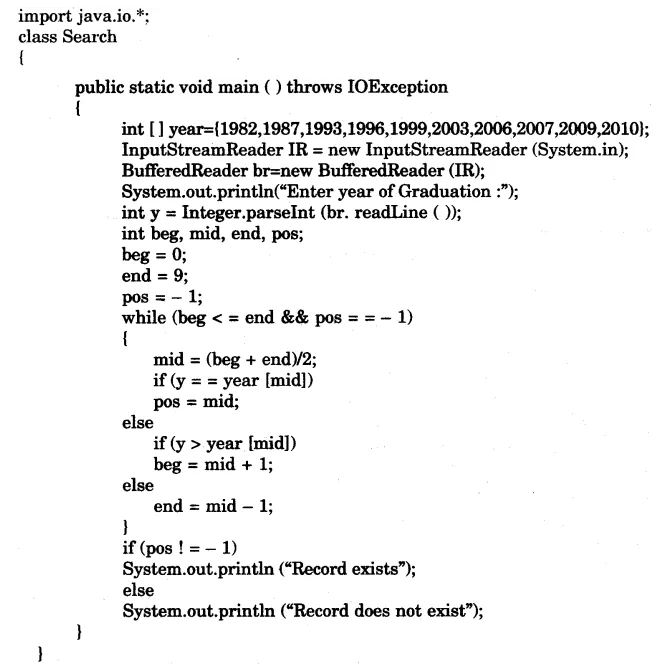