(Two Hours)
Answers to this Paper must be written on the paper provided separately.
You will not be allowed to write during the first 15 minutes.
This time is to be spent in reading the question paper.
The time given at the head of this Paper is the time allowed for writing the answers.
This paper is divided into two Sections.
Attempt all questions from Section A and any four questions from Section B.
The intended marks for questions or parts of questions are given in brackets [ ].

Keywords are reserved words, which have special meaning to Java compiler. They form the vocabulary of the language Keywords can not be used as identifier. e.g., class, if, char, new, int etc.

(i) Name the package that contains Scanner class.

(e) What is the role of keyword void in declaring functions ? [2]

(e) At the time of function declaration void signify that function has no return type, that means function will not return any value.

(c) Explain the concept of constructor overloading with an example. [2]

(d) Give the prototype of a function search which receives a sentence sentnc and a word wrd and returns 1 or 0 ? [2]

(f) Write a statement each to perform the following task on a string :
(i) Find and display the position of the last space in a string s.
(ii) Convert a number stored in a string variable x to double data type. [2]

(g) Name the keyword that
(i) informs that an error has occurred in an input I output operation.
(ii) distinguishes between instance variables and class variables. [2]

(i) Write one difference between Linear Search and Binary Search. [2]

(c) When more than one constructor are defined in a class provided they differ in their signature, it Is known as constructor overloading.
Example:

(h) Library classes are pre-defined classes which are provided by Java System. There is thousands of library classes and each class contains various functions. These classes provide an effective support to programmers in developing their programs.
e.g., Java.lang, Java.util

Attempt any four questions from this Section.
The answers in this Section should consist of the Programs in either Blue J environment or any program environment with Java as the base.
Each program should be written using Variable descriptions /Mnemonic Codes so that the logic of the program is clearly depicted.
Flow-Charts and Algorithms are not required. 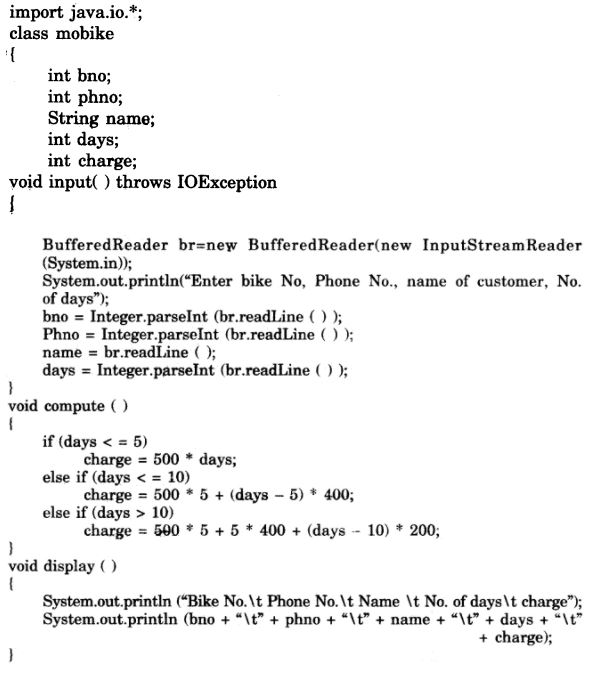 Write a program to input and store the weight of ten people. Sort and display them in descending order using the selection sort technique 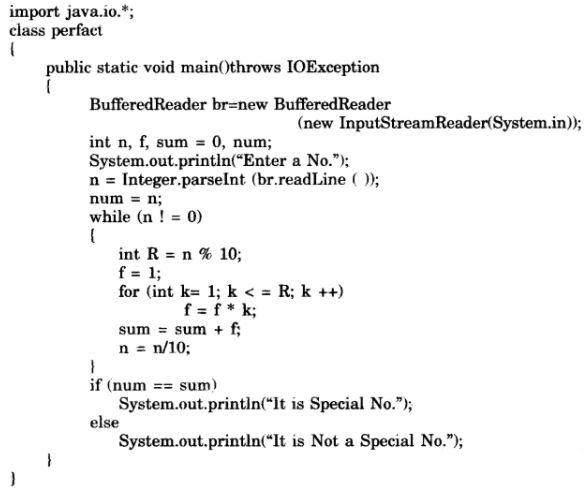 Question 7:
Write a program to accept a word and convert it into lowercase if it is in uppercase, and display the new word by replacing only the vowels with the character following it :
Example :
Sample Input : computer
Sample Output : cpmpvtfr [15]