Our Solutions contain all type Questions with Exe-11 A to develop skill and confidence. Visit official Website CISCE for detail information about ICSE Board Class-9 Mathematics .

From the following figure, prove that: AB > CD.

Since ∠R is the greatest, therefore, PQ is the largest side.

If two sides of a triangle are 8 cm and 13 cm, then the length of the third side is between a cm and b cm. Find the values of a and b such that a is less than b.

Therefore, the length of the third side is between 5 cm and 9 cm, respectively.

In each of the following figures, write BC, AC and CD in ascending order of their lengths. 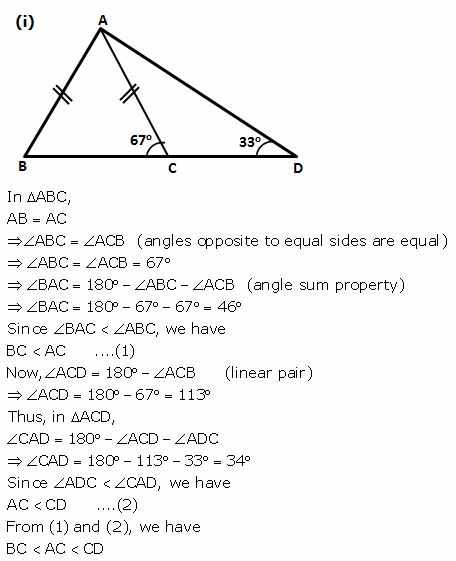 Arrange the sides of ∆BOC in descending order of their lengths. BO and CO are bisectors of angles ABC and ACB respectively. 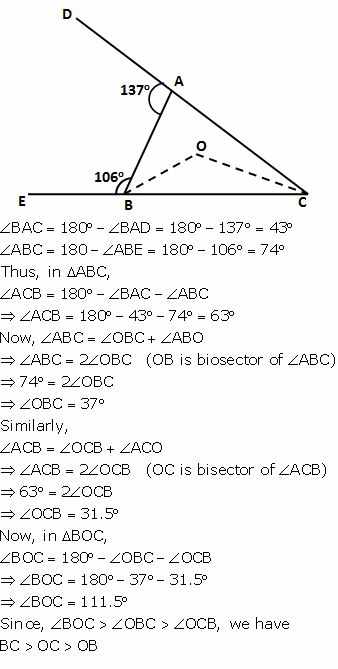 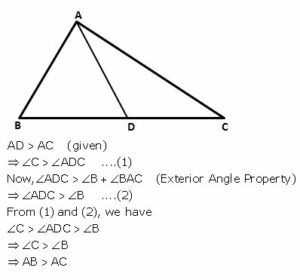 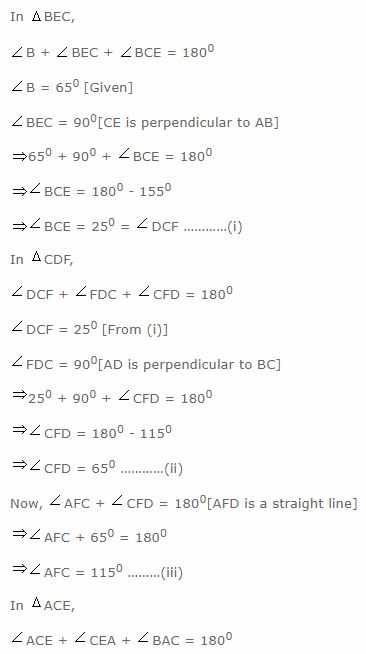 From the following figure; prove that:

In a quadrilateral ABCD; prove that: 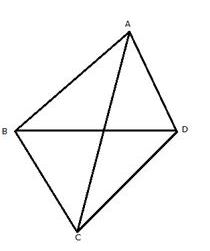 In the following figure, ABC is an equilateral triangle and P is any point in AC; prove that:

P is any point inside the triangle ABC. Prove that:

Prove that the straight line joining the vertex of an isosceles triangle to any point in the base is smaller than either of the equal sides of the triangle. 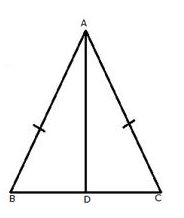 We know that exterior angle of a triangle is always greater than each of the interior opposite angles.

AC > AD ………(iii) [side opposite to greater angle is greater]

In the following diagram; AD = AB and AE bisects angle A. Prove that: 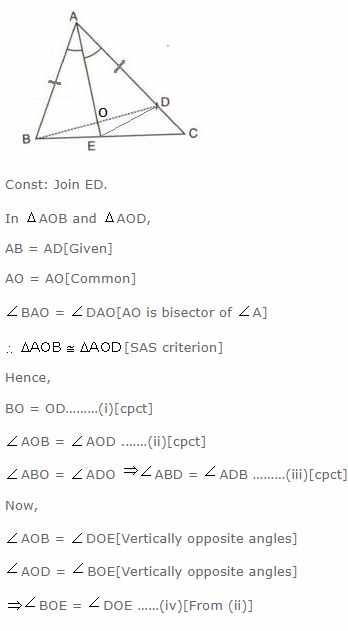 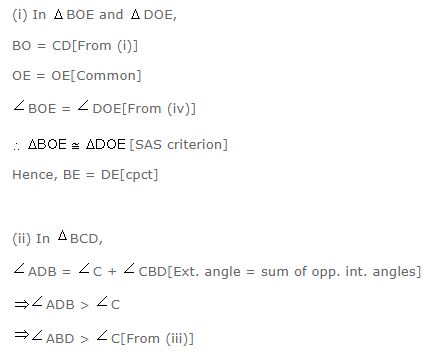 The sides AB and AC of a triangle ABC are produced; and the bisectors of the external angles at B and C meet at P. Prove that if AB > AC, then PC > PB. 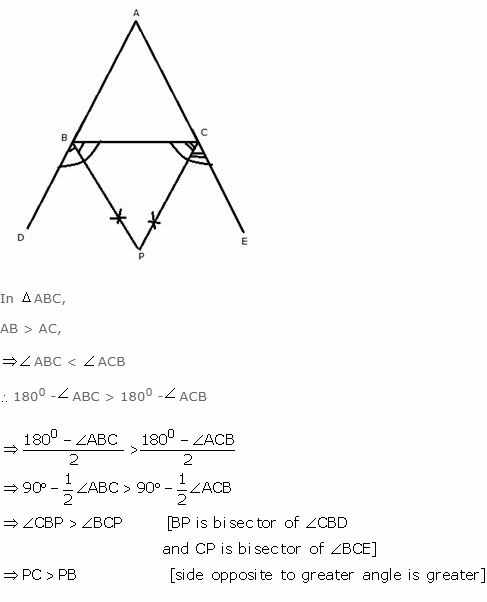 In the following figure; AB is the largest side and BC is the smallest side of triangle ABC.

Write the angles xo, yo and zo in ascending order of their values.

In quadrilateral ABCD, side AB is the longest and side DC is the shortest. 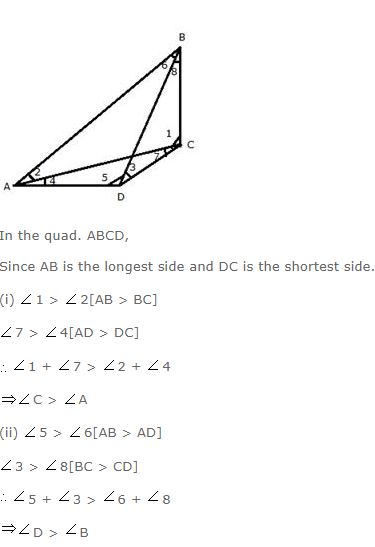 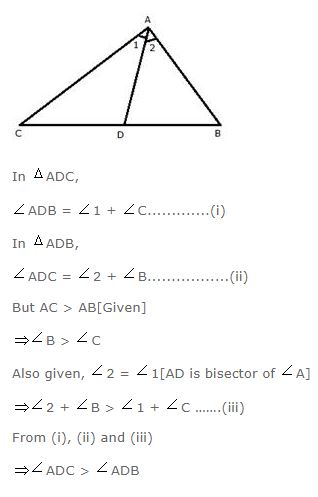 In isosceles triangle ABC, sides AB and AC are equal. If point D lies in base BC and point E lies on BC produced (BC being produced through vertex C), prove that: 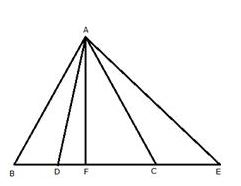 We know that the bisector of the angle at the vertex of an isosceles triangle bisects the base at right angle.

We know ABC is isosceles triangle and AB = AC 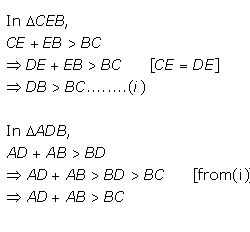 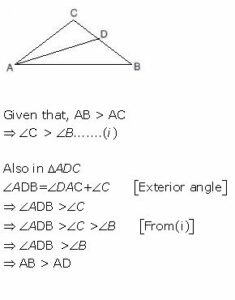