(a) Two trains going in opposite directions with the same speed are at rest relative to each other.
Answer. False.

(b) A ball is thrown vertically upwards. Its motion is uniform throughout.
Answer. False.

(c) The motion of a train starting from one station and reaching at another station is non-uniform.
Answer. True.

(d) A motion which repeats itself after a fixed interval of time is called periodic motion.
Answer. True.

(e) A ball thrown by a boy from a roof-top has oscillatory motion.
Answer. False.

(f) Mass has both magnitude and direction.
Answer. False.

(h) Mass varies from place to place but weight does not.
Answer. False

(a) Two boys cycling on the road with the same speed are at rest relative to each other.
(b) The motion in a straight line is rectilinear motion.
(c) One to and fro motion of a clock pendulum takes time = 2 s
(d) 36 km h-1 = 10 m s-1
(e) Total distance travelled = average speed × total time taken.
(f) The weight of a girl is 36 kgf. Her mass will be 36 kg.
(g) The weight of a body is measured using a spring balance. 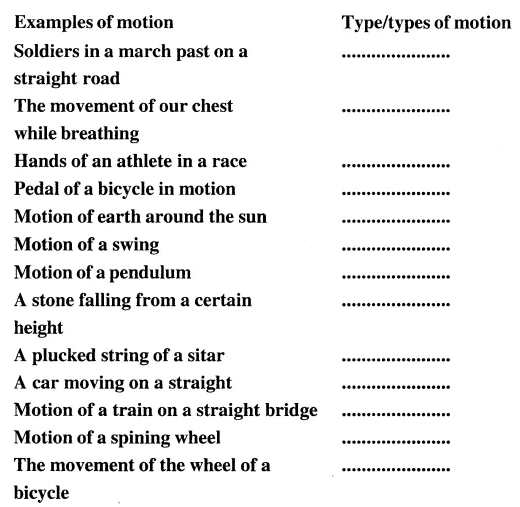 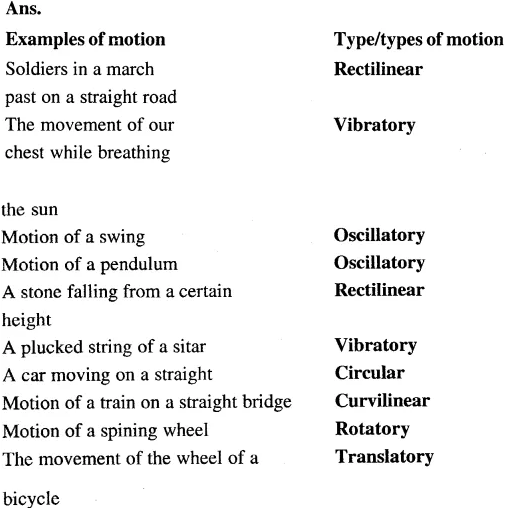 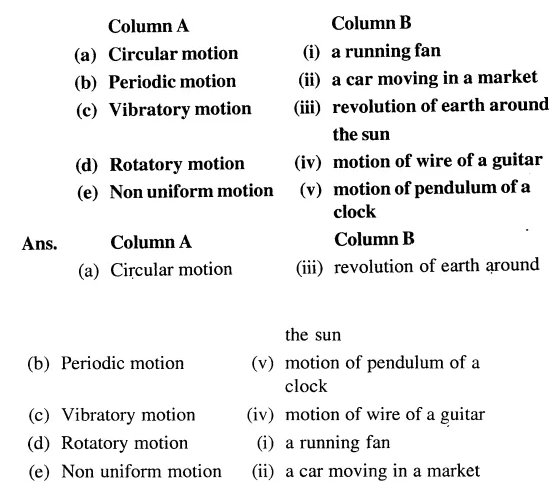 (a) A book lying on a table is an example of

a body at rest

(b) The motion of a pendulum is

(d) A ball falls down vertically. Its motion is

(e) If a body covers equal distance in equal interval of time, the motion is said to be

What is rotatory motion ? Give two examples.
Answer:
Rotatory motion— A body is said to be in a rotatory motion or a circular motion if it moves about a fixed axis without changing the radius of its motion.
Examples : The blades of a fan, a spinning wheel.

What is random motion. Give one example.
Answer:
Random motion— When an object in a motion has no specific path and which suddenly changes its motion is said to have a random motion.
Example : A flying kite.

Give two examples to illustrate that a body can have two or more types of motion simultaneously.
Answer:
Sometime a body can have more than one type of motion. Such a motion is called the mixed motion.
Example :
(i) The wheels of a moving train have both the translatory as well as the rotatory motions as it moves from position A to position B while rotating.

(ii) The earth rotates about its axis (rotatory motion) and at the same time it revolves around the sun in a curved path (curvilinear or circular motion) in a fixed time interval (periodic motion).

Distinguish between uniform and non-uniform motions, giving an example of each.
Answer:

It is the quantity of mattercontained in a body.
Its S.J. unit is kilogram (kg)
It is constant for a body and it does not change by changing the place of the body.
It is measured by a beam balance.

It is the force with which the earth attracts the body.
Its S.I. unit is newton (N) and other unit is kilogram-force (kgf) where 1 kgf= 1ON(nearly).
It is not constant for a body, but it changes from place to place.
It is measured by a spring balance. 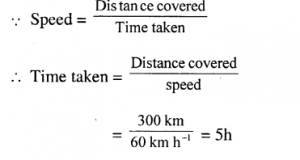 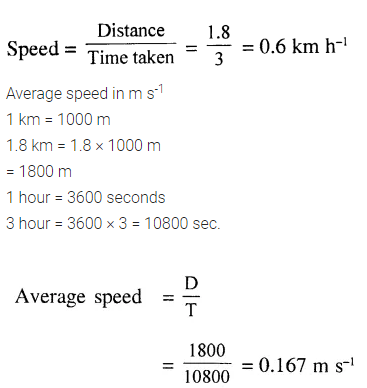 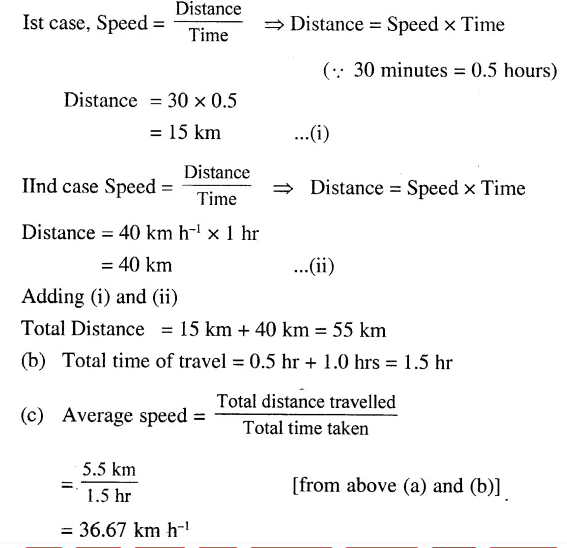