Question 1. What is vital force theory? Why was it discarded?

Answer :Vital Force Theory is a theory made by the Scientist Berzelius in 1809 which assumed that organic compounds are only formed in living cells and it is impossible to prepare them in laboratories.

Question 2. Name the scientist who disproved the vital force theory.
Answer :  vital force theory was discarded because Friedrich Wohler showed that it was possible to obtain an organic compound (urea) in the laboratory

Question 3. What do you understand by the following terms?

(i) Organic chemistry–Organic chemistry is the study of the structure, properties, composition, reactions, and preparation of carbon-containing compounds, which include not only hydrocarbons but also compounds with any number of other elements, including hydrogen (most compounds contain at least one carbon–hydrogen bond), nitrogen, oxygen

(ii) Organic compounds– Organic compound, any of a large class of chemical compounds in which one or more atoms of carbon are covalently linked to atoms of other elements, most commonly hydrogen, oxygen, or nitrogen. The few carbon-containing compounds not classified as organic include carbides, carbonates, and cyanides

(iii) Catenation- Catenation is the binding of an element to itself through covalent bonds to form chain or ring molecules. Examples: Carbon is the most common element that exhibits catenation. It can form long hydrocarbon chains and rings like

Question 4. What are the unique properties of carbon?

1) Catenation: It is the ability to form bonds with other carbon atoms. 2) Tetravalency: Due to 4 valency of carbon, it is capable of bonding with four other atoms.

Question 5.  Why are there very large number of organic compounds?

Answer :Carbon forms large number of compound due to following reasons: 1. Catenation: The unique property of the ‘C’ element to be able to form continuous links with other ‘C’ atoms through covalency called catenation, is one reason for the existence of a large number of organic compounds

Question 7. With reference to butane, explain what do you understand by the following terms:

Answer :Aliphatic hydrocarbons are divided into three main groups according to the types of bonds they contain:

Question 9.  How do paraffins differ from unsaturated hydrocarbons?

Answer :Alkanes – Are saturated hydrocarbons that therefore contain only hydrogen and carbon atoms bonded to each other, and typically follow the chemical formula CnH2n+2. A common example is paraffin. 2. Alkenes – These unsaturated hydrocarbons are molecules that contain at least one carbon-to-carbon double bond

Question 10.  What do you understand by alkyl group? How are they formed?

Question 11.  What is functional group? Give definition with example.

Answer :Functional groups are collections of atoms that attach the carbon skeleton of an organic molecule and confer specific properties. .and  Functional groups include: hydroxyl, methyl, carbonyl, carboxyl, amino, phosphate, and sulfhydryl.

Question 12.  identify and name the functional groups of the following organic compounds
(i) C2H5OH

Question 1. Write the IUPAC name of the following compounds:

Question 2. Write the structural formulae for the following compounds:
(i) Hexane

Question 5.  Give names and molecular formulae of first four homologous of alkynes and alcohols.

Question 6.  What do you understand by isomerism?

Answer : Isomerism, the existence of molecules that have the same numbers of the same kinds of atoms (and hence the same formula) but differ in chemical and physical properties

Question 7. Draw chain isomers of the following-
(i) C5H12 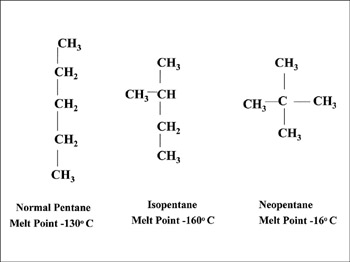 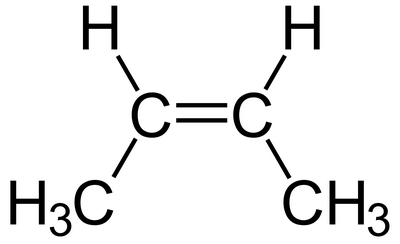 Question 9. What are the general properties of homologous series?

Answer :Features include a general formula and neighbouring members differing by CH2, with similar chemical properties and with a gradation in physical properties. Homologous series are ‘families’ of organic compounds. They share common characteristics: They all contain the same functional group

Question 10.  Write the name and structural formula of the simplest organic acid.

Simplest organic acid is Formic acid and the chemical formula is  HCOOH.

Question 1. How is methane gas prepared in the laboratory?

(i) methane—When a mixture of methane and chlorine is exposed to ultraviolet light – typically sunlight – a substitution reaction occurs and the organic product is chloromethane. However, the reaction doesn’t stop there, and all the hydrogens in the methane can in turn be replaced by chlorine atoms

Question 4. How is ethane gas prepared in the laboratory?

Answer : Ethane gas can be prepared in a laboratory by the cracking of hydrocarbons such as kerosene or candle wax. … The vapor of kerosene when passes over heated porcelain pieces undergoes cracking. The gas so formed is collected in gas jars by the downward displacement of water. This gas is mostly ethane (ethylene)
Question 5.  What do you understand by pyrolysis?

Answer : Pyrolysis is a thermochemical treatment, which can be applied to any organic (carbon-based) product. It can be done on pure products as well as mixtures. In this treatment, material is exposed to high temperature, and in the absence of oxygen goes through chemical and physical separation into different molecules
Question 6. How will you obtain ethane from ethyl iodide? Give chemical equation.

Question 7. How do alkanes burn in:

(i) Excess air—However, these alkanes burn very rapidly. The combination of alkanes with oxygen generating heat is known as combustion. More precisely, combustion is defined as “a chemical reaction with oxygen in which alkane is converted into carbon dioxide and water with the release of heat energy”

(ii) Insufficient supply of air–It occurs when there is not enough amount of oxygen for fuel to react completely. This leads to the formation of carbon or carbon monoxide. Carbon monoxide formed as a by product is a colourless poisonous gas.

Question 8. Write names and structural formulae of isomers of fourth and fifth homologous members of alkanes.

The fourth member of the alkane series is butane C4​H10​.

The fifth member of the alkane series is pentane C5​H12

Question 9. How will you bring about the following conversions?
(i) Methane to methyl alcohol

(ii) Methane to methanoic acid–The progressive oxidation of methane by 2 electron losses to form methanol, formaldehyde and ultimately formic acid using simple vanadium compound with the use of H2O2.

The catalytic conversion of ethane to acetaldehyde has been achieved using nitrous oxide as the oxidant.  The resulting ethyl radical reacts with surface MoO to produce a surface ethoxide, which may either decompose to ethylene or react further with surface OH− to form acetaldehyde or with water to form C2H5OH.

Question 10.  Give two uses of

(i)Methane— It is used primarily as fuel to make heat and light. It is also used to manufacture organic chemicals.

(ii)Ethane–The chief use of ethane is the production of ethene (ethylene) by steam cracking. … Ethane can be used as a refrigerant in cryogenic refrigeration systems. On a much smaller scale, in scientific research, liquid ethane is used to vitrify water-rich samples for electron microscopy

Question 1. How will you prepare ethylene gas in the laboratory? Support your answer by chemical equations.

The gas is collected by downward displacement of water.

(i) bromine — When bromine is passed through the inert solution of ethene, an addition reaction takes place with the formation of 1, 2, dibromoethane.

Question 4. Write the structural formula of isomers of the following: (i) Pentene (ii) Butene

Answer : isomers of the following:

(ii) Butene-The chemical formula for butene is: C4 H8, which means it’s made up of four carbon atoms and eight hydrogen atoms. The ‘-ene’ part of the name refers to an alkene, so we know that butene’s structure must include a carbon double bond

Question 5. Write the chemical equation for the preparation of ethylene gas by dehydrohalogenation with alcoholic potash.

Question 6. Why does ethene give addition reactions?

Answer :Ethene and bromine are an addition reaction because ethene is an alkene – it has a double bond. It is easier for new atoms to open the double bond and react there than to remove the hydrogen already attached, and then bond to it, which would be a substitution reaction

Question 7. What do you understand by hydrogenation? Give the necessary conditions and chemical equation for the hydrogenation of ethene.

Answer : Hydrogenation is a chemical reaction between molecular hydrogen and other compounds and elements. Hydrogenation is used in many applications such as the food industry, petrochemical industry and the pharmaceutical manufacturing industry

The hydrogenation of ethene

Ethene reacts with hydrogen in the presence of a finely divided nickel catalyst at a temperature of about 150°C. Ethane is produced.

Question 8. What do you mean by polymerization? How can polyethene be prepared by ethene?

Polymerization, any process in which relatively small molecules, called monomers, combine chemically to produce a very large chainlike or network molecule, called a polymer. The monomer molecules may be all alike, or they may represent two, three, or more different compounds.

(i) Ethene into ethyl alcohol–Ethanol is manufactured by reacting ethene with steam. The reaction is reversible, and the formation of the ethanol is exothermic. Only 5% of the ethene is converted into ethanol at each pass through the reactor

Question 10.  Give molecular formula and names of first four homologous members of alkenes.

Question 11.  Starting from ethylene, how will you obtain acetic acid?

Answer  –  ethylene is oxidized into acetaldehyde with a PdCl2–CuCl2 catalyst, which is subsequently oxidized to acetic acid with a manganese acetate catalyst.

Question 1. How is acetylene gas prepared in the laboratory?

Answer :Acetylene is prepared in the laboratory from calcium carbide. Calcium carbide is decomposed to acetylene with water as per the following reaction. Acetylene is collected in a glass jar by the downward displacement of wate

Question 2. How does acetylene gas react with chlorine?

Answer :The chlorine gas reacts with the acetylene (as well as many other hydrogenated compounds). This reaction is not what one might first expect, since it is not the product of the addition of the halogen across the carbon-carbon triple bond. The product is formed by the abstraction of hydrogen from the hydrocarbon

Question 3.  How will you distinguish between alkanes, alkenes and alkynes?

Alkanes have single bonds between carbons in a hydrocarbon. Saturated hydrocarbons are saturated with hydrogen and are the simplest. They are represented in general as CnH2n+2 in case of non-cyclic structures or straight-chain structures. They are also called paraffins. In alkanes, there are four bonds for each carbon atom; it could be either C-H or C-C bond. Each hydrogen atom has to be bonded with a carbon atom. The simplest alkane is CH4. Alkane compounds are not very reactive; this is because the carbon bonds are stable and do not break easily. They have no functional groups attached to the carbon atoms

.Alkenes are unsaturated hydrocarbons which have at least one double bond. They are represented as CnH2n in general when there is no other functional group. They are also called olefin or olefine . they are more reactive than alkanes but relatively stable as compared to alkynes.

Alkynes are also unsaturated hydrocarbons; they have one or more triple bonds between the carbon atoms. Their general formula is CnH2n-2, in the case of any non-cyclic compound. They are also known as acetylenes. Alkynes are more reactive than alkenes and alkanes; They are highly reactive due to the presence of triple, unsaturated bonds and readily undergo addition reactions

Question 4.  Write names and structural formulas of isomers of third and fourth homologous members of alkynes.

Alkynes having or five or more carbon atoms show isomerism due to different structures of the carbon chain.

Question 5. How does acetylene gas react with alkaline KMn04?

Answer :Ethyne or acetylene on reaction with cold KMnO4 adds 4 OH− to the triple bond. It is oxidised by a dilute aqueous solution of potassium permanganate to form oxalic acid.

Answer :The welding process that uses acetylene is known as oxy-fuel cutting or gas cutting. This method is used to cut or weld materials that require temperatures as high as 3,500 °C (6,330 °F). Among all other gases, acetylene is capable of producing the hottest flame