Population Control Bill 2021 UP Child Policy . the UP CM Yogi Adityanath-led UP government is expected to unveil its first draft of the Uttar Pradesh population (Control, stabilization and Welfare) Act, 2021 on the occasion of World Population Day on 11th July. 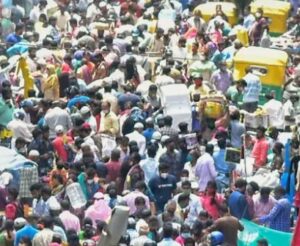 After the enactment of a new law, the benefits of state government-sponsored welfare schemes will be limited to only those with two children or less. Anyone violating two-child policy in Uttar Pradesh will be barred from contesting local bodies polls, from applying for or getting promotion in government jobs, and receiving any kind of government subsidy.

Reason for Population Control Bill 2021 UP

According to census,  Uttar Pradesh is the largest population state in India therefore Government suffer more pressure to provide basic need such as education, Health, Natural Resources and Residence and Employment.

Object of the Bill

The Object of the Bill is to control, stabilize the population of the State for promotion of sustainable development with more equitable distribution.

There are certain benefits promised to public servants with only two children and then there are more that are promised for those who have adopted the one-child norm.

The proposed benefits for those with two children include “two additional increments during the entire service” and “rebate on charges for utilities such as water, electricity, water, house tax”. The bill also proposed “free health care facility and insurance coverage to spouse”.

The bill mentions that the government will give subsidies towards the purchase of plots, nominal rates of interest for housing loans and rebates on utility services such as water, electricity, gas and house tax for families who limit their family to two children.

No Job, No Subsidy, If more than 2 Child

According to the proposed population control bill, If anyone violating two-child policy in Uttar Pradesh(UP) Then He / She will be debarred from contesting local bodies elections, from applying for or getting promotion in government jobs, and receiving any kind of government subsidy.

Encouragement if One Child