Is a vector necessarily changed if it is rotated through an angle?

If two vectors are exactly opposite to each other, then 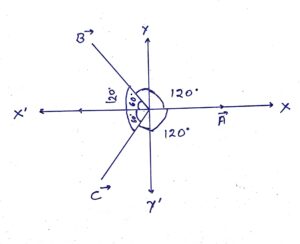 Lets examine the components of the three vectors. 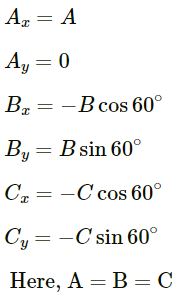 Does the phrase “direction of zero vector” have physical significance? Discuss it terms of velocity, force etc.

A zero vector has physical significance in physics, as the operations on the zero vector gives us a vector.
For any vector 𝐴 ⃗ , assume that 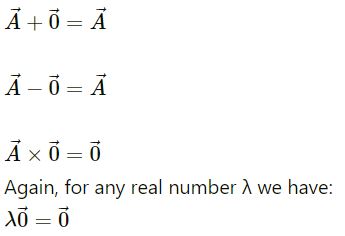 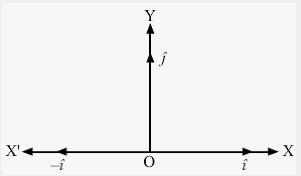 The magnitudes of the three unit vectors ( iˆ, −iˆ and jˆ ) are the same, but their directions are different.

Can we have physical quantities having magnitude and direction which are not vectors?

Yes, there are physical quantities like electric current and pressure which have magnitudes and directions, but are not considered as vectors because they do not follow vector laws of addition.

Can a vector have zero component along a line and still have nonzero magnitude?

Let ε1 and ε2 be the angles made by  𝐴 ⃗ and –𝐴 ⃗ with the positive X-axis. Show that tan ε1 = tan ε2. Thus, giving tan ε does not uniquely determine the direction of 𝐴 ⃗.

The direction of – 𝐴 ⃗ is opposite to 𝐴 ⃗.So, if vector 𝐴 ⃗ and −𝐴 ⃗ make the angles ε1 and ε2 with the X-axis, respectively, then ε1 is equal to ε2 as shown in the figure: 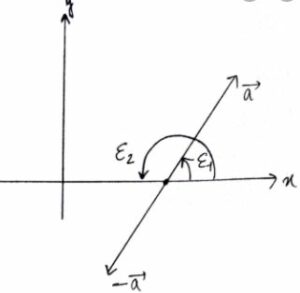 Here, tan ε1 = tan ε2
Because these are alternate angles.
Thus, giving tan ε does not uniquely determine the direction of −𝐴 ⃗.

Yes, we can multiply this resultant vector by a scalar number 1/√2 to get a unit vector.

No, we cannot have 𝐴 ⃗ × B ⃗ = 𝐴 ⃗ ⋅ B ⃗  with A ≠ 0 and B ≠ 0. This is because the left hand side of the given equation gives a vector quantity, while the right hand side gives a scalar quantity. However, if one of the two vectors is zero, then both the sides will be equal to zero and the relation will be valid.

Both the conditions can be satisfied:

(b)  𝐴 ⃗ ≠ B ⃗ ,  i.e., the two vectors are unequal in magnitude and parallel or anti parallel to each other.