To be supplied with this Paper: Survey of India Map Sheet No. 45D/7
and 20 cm of twine.

(i) In all Map Work, by a wise use of arrows to indicate positions of countries, cities
and other insertions that you make, you will be able to avoid overcrowding parts
of the map.
(ii) The extract of Survey of India Map Sheet No. 45D/7 must not be taken out of the
examination hall. It must be handed over to the Supervising Examiner on the
completion of the Paper.
(iii) The Map given at the end of this question paper must be fastened with your
answer booklet.
(iv) All sub-sections of each question must be answered in the correct order.
(v) All working including rough work should be done on the same answer sheet as the
rest of the answer

Study the extract of the survey of India Map Sheet No. 45 D/7 (Eastings 91 to 01 and
Northings 73 to 83) and answer the following questions:

Calculate the distance in kilometres along the cart track linking Juvol in grid
square 9282 to Arniwada in grid square 9481. [2]

(i) What is the compass direction of Antroli from Sangla ? [1] (ii) Which is the most important settlement shown on the map extract? Give a
reason for your answer. [1]

(i) Name any two modes of transport used in the given map extract. [1]

(ii) What inference can be drawn about the general occupation of the people
living in the South East area of the map extract? Give a reason for your
answer. [1]

(i) Shade and name the state with highest density of population. [1] (j) Mark with a red dot and name Allahabad. [1]

Attempt any five questions from this Part.

Name the different seasons in India stating the months when they are
experienced. [2] (b)

(i) Why is the annual range of temperature more at Agra than at Mumbai?
(ii) Name a region in India which receives rainfall both in summer and
winter. [2] (c)

(i) Explain in what way are retreating monsoon winds different from North
East Monsoon winds.
(ii) Give two reasons why Arabian Sea branch of the South West Monsoon
does not shed any moisture in Western Rajasthan. [3]

Study the climatic data of two cities of India provided below and answer the
questions that follow:

(i) Calculate the annual range of temperature of Station A.
(ii) What is the total rainfall experienced by Station B?
(iii) On which coast is Station A situated? Name the rains that bring rainfall
to this region. [3]

(i) How is black soil formed?
(ii) Name one cash crop for which black soil is most suited. [2]

(i) Name the transported soil most widely found in India.
(ii) How is this soil formed? [2]

(i) Name the soil found on the summits of Eastern Ghats.
(ii) How is this soil formed?
(iii) Why is this soil not suitable for cultivation? [3]

(i) What is meant by soil erosion?

(ii) How is it caused?
(iii) Give two methods adopted by the government to conserve soil. [3]

(i) What is the name given to the natural vegetation found on the coastal
strip of the Ganges Delta? Name the typical tree found in this region.
(ii) What is the most commercially important vegetation belt in India?
In what rainfall range is it located? [2]

(i) State two characteristic features of vegetation found in tropical deserts.
(ii) Give an example of the desert vegetation and state its uses. [3]

(i) State two reasons why irrigation is important in India.
(ii) State any two favourable conditions necessary for digging wells.[2]

(i) Why are perennial canals more useful than inundation canals?
(ii) Name one state where canal irrigation is popular. [2]

(i) State one advantage of tank irrigation. Where is it commonly used in
India?
(ii) What is a tube-well? Why is it useful during drought conditions?
(iii) How is the new method like drip irrigation useful for the farmers? [3]

(i) Why is manganese an important raw material for iron and steel
industry?
(ii) Name one iron-ore field in Orissa. [2]

(i) Name the best quality of iron ore which has magnetic property.
(ii) Name an important coal field located in West Bengal. [2]

(i) State any one important use of bauxite as a raw material.
(ii) Name one state where bauxite is found.

(iii) Name an industry which uses limestone as raw material. [3]

(i) Mention two main uses of petroleum.
(ii) Name one new and one old oilfield in India. [3]

Differentiate between subsistence farming and commercial farming. [2] (b)

Name two non-edible oilseeds grown in India. State one use of each. [2] (c)

(i) What are the two main crop seasons of India?
Explain giving one example of each.
(ii) State the method of cultivation of growing wheat. [3]

(i) Which state in India is the largest producer of coffee?
(ii) State the climatic conditions that favour the cultivation of coffee.
(iii) Mention one problem faced by the sugarcane cultivators in India. [3]

Why is the jute industry concentrated in and around West Bengal? Give two
reasons. [2] (b)

Give two reasons why Ahmedabad in Gujarat is famous for cotton-textile
industry. [2]

(i) Explain the term Sericulture.
(ii) Why is Karnataka famous for silk industry? Give two reasons. [3]

(i) Name two industries using animal fibre. Mention one important centre
of production for each.
(ii) Give two problems faced by the woollen textile industry in India. [3]

(i) What is the most important requirement for Heavy Engineering industryin India?
(ii) Name one important centre for each of the following:
(1) Ship Building
(2) Aircraft [2]

(i) Name the foreign collaborations for the following iron and steel plants.
(1) Rourkela
(2) Durgapur
(iii) From where do they obtain their supply of coal and iron-ore? [2]

(i) Name the two most important centres of electronic industry in India.
(ii) Name the largest and the oldest integrated iron and steel plant in private
sector in India.
(iii) What is meant by a mini steel plant? State its advantage. [3]

(i) Why is rail transport more comfortable and popular in India?
(ii) State any two problems faced by the railways. [3]

What is the importance of Roadways in India? Give two reasons. [2]

List some important initiatives of the Indian Government to improve the
management of solid wastes. [3] 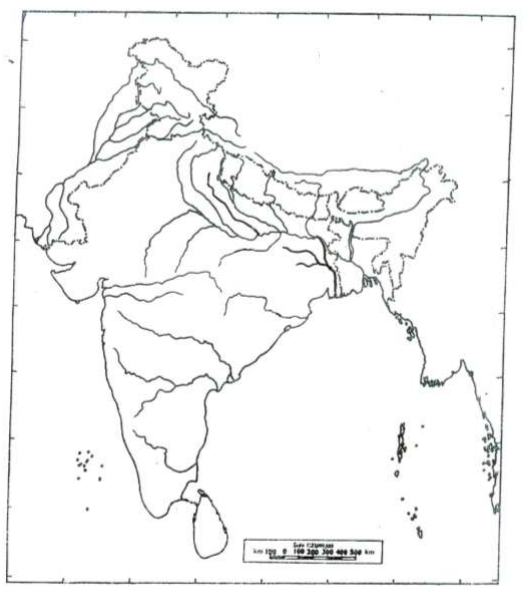