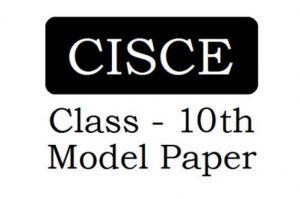 (a) Mention any two points to be kept in mind for care of the eyes. [2] (b) Name any two functions of a disinfectant. [2] (c) State three precautions to be observed while exercising. [3] (d) State three points to maintain personal hygiene. [3]

(a) State any two harmful effects of chewing tobacco. [2] (b) What are the symptoms of ringworm? [2] (c) Explain the principles of diet with reference to obesity. [3] (d) Name the causal agents for the following viral diseases:
(i) common cold (ii) yellow fever (iii) rabies. [3]

(a) Write one symptom each of Rheumatism and Protozoa. [2] (b) State any two defects of vision. [2] (c) Mention three differences between antibiotics and antiseptics. [3] (d) What is meant by the term Droplet Infection? Suggest two ways of preventing it. [3]

(c) Name the vaccines given for each of the following:

Name the following:
(i) device used to check bleeding
(ii) the treatment given to the person who has stopped breathing. [2] (b) Suggest any two measures to avoid railway accidents. [2] (c) Discuss the role of exercise in slimming. [3] (d) Define posture. Explain the advantages of maintaining correct posture. [3]

(i) Time-out
(ii) Short run
(iii) Hit wicket
(iv) Follow-on. [8] (b) (i) Explain any six instances when the ball becomes dead.
(ii) Mention any three restrictions imposed on a substitute during a
match. [9] (c)

Explain how the game can be re-started under the following conditions:
(i) At kick-off the ball is passed into the striker’s half before being
touched by any other player.
(ii) When the ball goes out of the goal line of the same team last
touched by the attacking player.
(iii) After a kick-off, the kicker touches the ball a second time before it
is played by another player.
(iv) When the defending player deliberately touches the ball with his
hand inside his own penalty area. [8] (b)

(1) The player taking the penalty kick
(2) The defending goal keeper
(3) The players other than the kicker.
(ii) Mention three duties of a linesman in the game. [9] (c)

(i) Explain the importance of the following:
(1) Extra time
(2) Kick-off
(3) Centre mark.
(ii) Mention any two situations for which a player is shown a red card
and sent off. [8]

(i) If a match ends in a draw and a winner is to be decided, explain the
procedure to be followed by the referee to decide the winner.
(ii) Mention three situations when a corner kick is awarded. [9] (c)

(i) State any six cautionable offences committed by a player in
Football.
(ii) Name three techniques of passing the football on the ground. [8]

(i) Explain the instances when a player can be disqualified.

(ii) How is the game re-started in Handball? Explain. [9] (c) (i) Explain any three situations when a 7-Metre throw is awarded.
(ii) Name five major skills of playing Handball based on natural
activities (running, jumping, etc.). [8]

With the help of diagrams, explain any two formations in handball. [8] (b)

(i) Explain any six duties of the referee in Handball.
(ii) Mention the hand signals for the following:
(1) Free throw
(2) Offensive foul
(3) Illegal dribble. [9] (c) (i) Explain three actions which are permitted and three actions not
permitted during the approach to an opponent.
(ii) When is a player excluded from the game? Explain. [8]

(i) Mention any six occasions when the umpire blows the whistle
during a game.
(ii) When is a goal considered to have been scored in Hockey?
(iii) Mention any two important features of a shooting circle. [9] (c) (i) What decisions will be taken by the umpire in the following cases?
(1) An international breach of the rules inside the circle by a
player of the defending team.
(2) The ball hits the foot of a player.
(3) Injury to a player.

(i) Explain any three rules regarding Hockey substitution.
(ii) Write any three duties of the Hockey Captain. [9] (c)

(i) Mention three differences between a player out of bounds and a
ball out of bounds.
(ii) What is meant by the term technical foul? [9] (c)

(a) Draw a well labelled diagram of the Volleyball court. [8] (b)

(i) Mention any three skills a libero is not permitted to perform during
the game.
(ii) Explain any three different types of services in Volleyball.
(iii) What are technical time outs? When are they applied? [9] (c)

Answer the following questions:
(i) State the number of players who can participate in a block.
(ii) State the number of sets a team should win, in order to win the
match.
(iii) What is the height of the net for men?
(iv) How many line judges are required to conduct an official match? [8] (b)

(i) What are the hand signals of the referee for the following?
(1) Play touching the net
(2) Authorization for service
(3) Ball out.
(ii) What are regular game interruptions? State the number of such
interruptions allowed during a set. [9] (c)

(i) What decisions will be given in the following situations?
(1) A served ball travels outside the antenna and lands in the
opponent’s court.
(2) An attack hit touches the defending player and touches the
ground.
(3) The Coach makes an improper request for a substitution for a
second time.
(ii) What is spiking? How is it performed? [8]

(i) Explain any six situations when a ball is live and in play.
(ii) State any three specific duties of the base umpires. [9] (c)

Explain the umpires signals and terms to be used in the following
situations:-
(i) Foul ball
(ii) Base runner out
(iii) Base runner safe.
(iv) A trapped ball. [8